Posted on May 19, 2014 by FireBreathingChristian 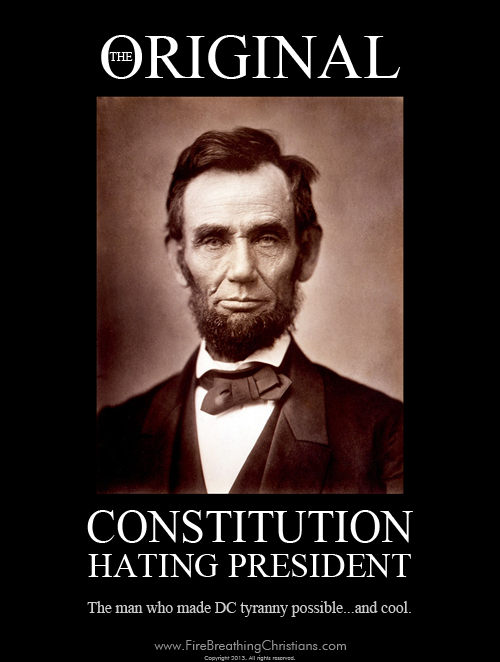 The phrase “useful idiot” was probably born as a political pejorative aimed at describing “people perceived as propagandists for a cause whose goals they are not fully aware of, and who are used cynically by the leaders of the cause.”

Vladimir Lenin is often credited with coining the term, though, far as I can tell, his authorship hasn’t been confirmed. Still, the idea conveyed in “useful idiot” sure does seem to fit quite well with what we do know about Lenin and his worldview.

That being the case, conservative folks tend to enjoy using the “useful idiot” tag to address those of a leftist progressive political bent. Understandably, they see this is a cool, ironic sort of twist-of-the-knife opportunity to use some Vlad Lenin lingo against his very own disciples…or something like that. Thus, conservatives often gleefully incorporate it into book titles, articles and blogs, as well as conversations over dinner or around the water cooler.

It’s not really all that surprising then that “useful idiots” has come to be a term of derision most often aimed at and associated with those of a leftist progressive political bent. Conservative folks have done a fine job of turning (what are probably) Lenin’s own words against his cause.

Good job and neato to that, for sure. On a basic level, I’m right there with those who enjoy turning a tool of the enemy against other tools of the same.

Might these conservatives, many of them professing Christians, actually be more responsible for the present sate of America, based on the light given them?

Is it really reasonable to blame most those graced with the least light by which to see and craft a worldview?

How are we to test and measure all of these ideas and questions as Christians?

These seem to be important things to ask, ponder and answer in the best sense of “testing all things” (see: 1 Thessalonians 5:21), so that we might better do our Lord’s will in every realm here and now, all to His glory and our benefit. After all, as Christians, we know that such is the only true path to lasting peace and prosperity here in His creation. So it seems that we, as His “forgetful people” are much in need of a reminder as to who we are in Christ and how we are called (and equipped) to proclaim and reflect His nature right here and right now in every front on battlefield earth.

To that end, I’d like to respectfully submit for your consideration the following ten signs that you, Conservative, might indeed be a “useful idiot” to the enemies of Christ, His people, and His Kingdom…

If you’re still reading and open to a suggestion, please consider avoiding conservative political talk and commentary for one full month while exclusively pursuing Scripture and solidly Christ-centered writings and teachings on economics, family, work, business, and the like. Purge yourself of the bilge and noise that has become so common on the right and so uncritically accepted by many Christians. Seek to restore Christ as King over your own political and economic thoughts and actions, so that you might influence this dying culture for the better while there is yet time.

Shake off the political puppet show that has fo so very long distracted so many “useful idiots” into service of the enemies of Christ and the material enslavement of His people.

Please test every word and contention made here in light of His perfect nature as revealed in His perfect Word and act on what you find therein. Then, and only then, we might actually attain the many beautiful things that Christ-dismissing conservatism claims to offer, but can and will never actually deliver.

Please accept this challenge to seek Him out in all things at this critical time…or ignore it and become not only a useful idiot, but a willful one.

For more blog posts, book excerpts, and other (hopefully) cool things, head on over to www.FireBreathingChristians.com.

I am a wretch saved by grace by a God who, for His purposes and glory, chose to save me while I still hated Him. Woohoo! I am also the founder of R3V Press, publisher of books including "Fire Breathing Christians", "Apathetic Christianity: The Zombie Religion of American Churchianity", "Satan's Jackass: The Progressive Party's War on Christianity", "Stupid Elephant Tricks: The Other Progressive Party's War on Christianity", "The Beginning of Knowledge: Christ as Truth in Apologetics", and "Fiat Slavery: The Economics of Hell (and America)".
View all posts by FireBreathingChristian →
This entry was posted in Conservatism, Politics, Uncategorized and tagged Christianity, Conservative, Constitution, currency, economy, Propaganda, Republican, War. Bookmark the permalink.